The piece Droplets II is part of Richter’s cycle ‘Droplets’, consisting of four parts for percussion solo, which was composed in 2017 for Napolov and premiered by him as part of the Gaudeamus Music Week in Utrecht.

This unique recording was made in the big hall of the Royal Concertgebouw in Amsterdam and released on the music label TRPTK. 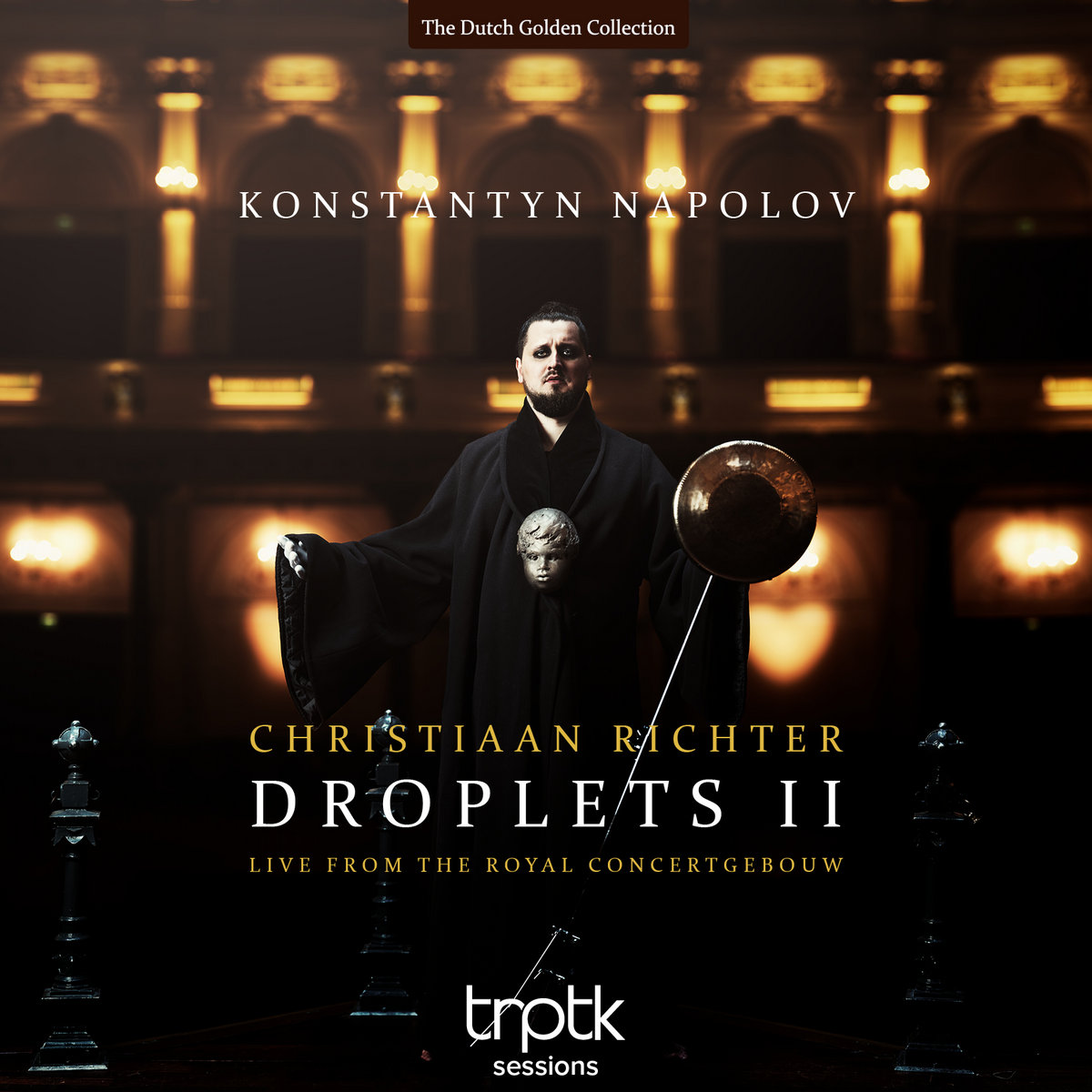 You can find more about this recording on the page Listen.